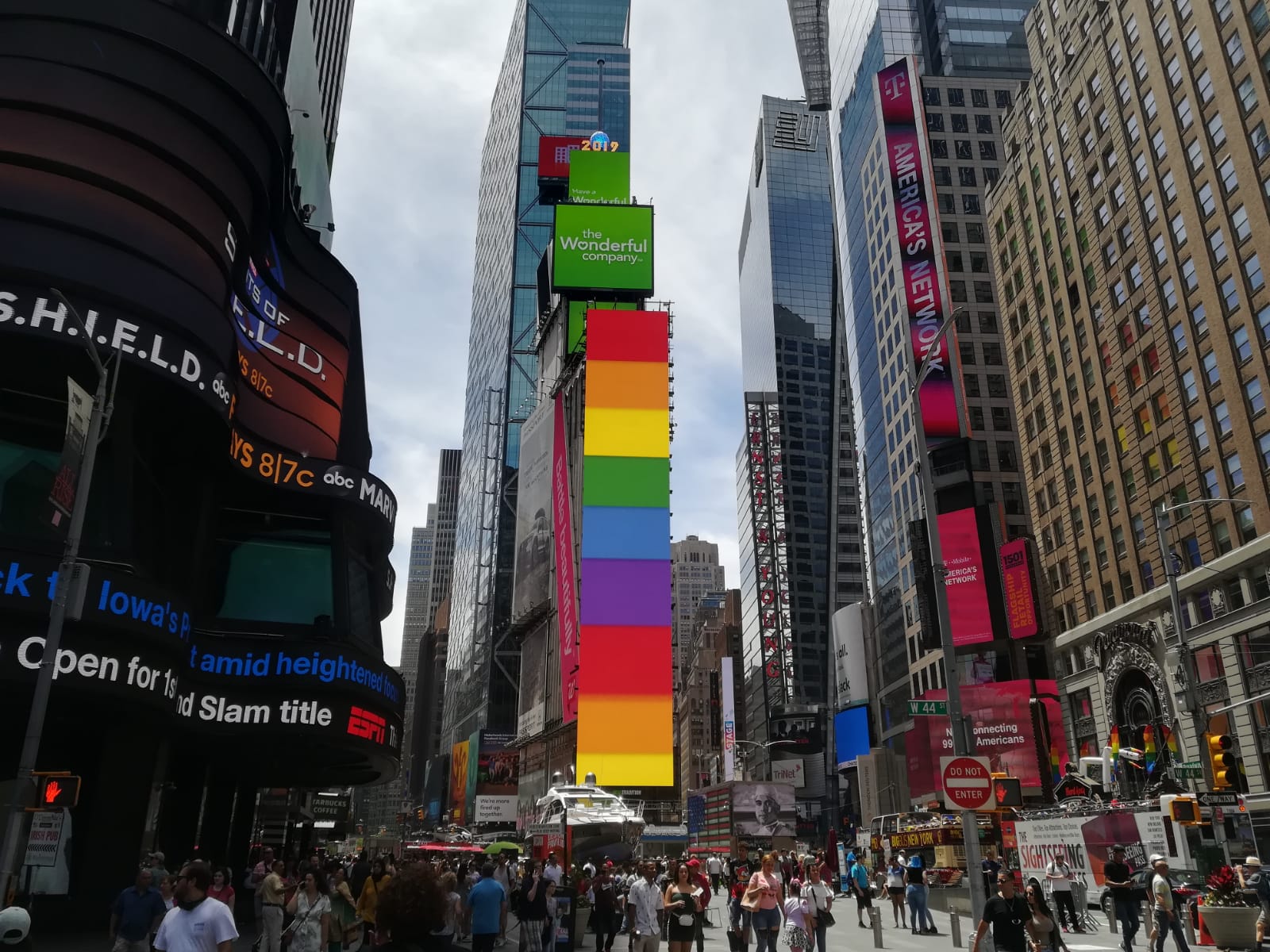 New York is the most densely populated city in the United States.

It consists of five boroughs: Brooklyn, Queens, Manhattan, The Bronx, and Staten Island.

There are many things to do in New York.

You can visit the magical Central Park, very famous for its employment in movies and fictions

The design of this urban green space was inspired by architect Frederick Law Olmsted's frequent visits to major European cities where parks of its kind were commonly found. Hansom cabs are a popular mode of transportation through the park, adding to the European feel. Ride the famous carousel, stop in at the Central Park Zoo,  or go to the theatre. At any time of year but especially in the warm months, Central Park is alive with activity and music, and there are so many sculptures and curiosities that to experience all of it you will need multiple days.

Times Square, commercial center at the intersection of Broadway and 7th Avenue, is often called the Crossroads of the World. It sees one million people every day. It glows day and night with neon advertisements and signs, giving the streets a movie atmosphere.

The symbol of freedom. The statue was a gift from France to the United States in 1886, and it is one of the best-known statues in the world. Visitors to Liberty Island, where the statue is, can choose to enjoy the sight from the ground or climb to the crown for an incredible view. It stands as a reminder of its role as the first face to immigrants coming to America to seek a better life.

It is one of the tallest buildings in the city, the Empire State Building is a must-see attraction for visitors in New York. It is open every day of the year. On its top, you can have 360-degree view of the whole city.

Broadway is one of the most famous theater districts in the world and it is not just one location. It is a long street, and there are 40 professional theaters that make Broadway, each of which has at least 500 seats and shows the top performances. Broadway is known for musicals, but there are also non-musical. Expect to pay more for a show that you would somewhere else, but the quality will be the best in the world.

Search, booking, rate and review hostels at the best rates on our site.

The Hostelintheworld.com Network made the first page in 1998 to give presence online to the Hostels before in Europe now All over the World.

The Network list over 12000 Hostels and reach over 1.5M unique guests during the 2019. Welcome to the Best Hostels in the World.